I kept this for later in this mini-project because I knew it was one of my favorites. Of my vinyl Morricone, I only have a double LP collection left.

Unlike most of the film scores I've described so far, this one I have seen. Well, sort of. I have a DVD copy. In my old college classroom, I had a TV monitor with a blu ray player attached. I'd run DVDs when I had to sit for hours grading. It slowed down my work to be sure, but it made the time less tedious. I've put this movie on twice, but both times I really only half-watched it. I'll give it my full attention some time soon.

And well...Ennio Morricone meets Lucio Fulci. This wasn't their first film working together, which would be the 1964 film I due evasi di Sing Sing (Two Escape from Sing Sing). Fulci is now best remembered for his extremely bloody and (literally) visceral horror films: Zombie, City of the Living Dead, The Beyond, House by the Cemetery, A Cat in the Brain. Those all came later than this film. Prior to this, he was usually directing comedies and westerns.

I'll confess that Fulci is a bit of a guilty pleasure that's grown for me over the years. His films often don't make a great deal of sense (which he would defend). And even a superfan would have to get a laugh out of the shark vs. zombie scene in Zombie.

The liner notes read that Fulci specifically asked for Morricone for this film, based on his work on Argento's original "animal" giallo trilogy (The Bird with the Crystal Plumage, The Cat O'Nine Tails, Four Flies on Grey Velvet). The producers wanted the word "lizard" in an attempt to exploit the success of the Argento films.

Morricone is in full-out weirdo freak out mode here, befitting the "is it real" nature of the film. Well, with the variety I've described before: some space lounge (though uncredited, it's doubtlessly Edda Dell'Orso again), groove bass and drums with wah wah/fuzz guitar, as well as some sound that I can't identify. A squirrel call or squeaky toy? Percussion? Also cluster strings, whistling, a couple of pipe organ breaks, improvisation, duo flutes.

There's a harmonic device he uses on a track that I identified while listening to his score for Giornata nera per l'ariete (The Fifth Cord), also of 1971. All the chords have the minor seventh in the bass. The first four chords in that score are C/B♭, D/C, E♭/D♭, B♭/A♭. I couldn't put my finger on it the first couple of times, because the harmony that results isn't jarring but it is constantly unsettled. He's permitted to recycle ideas (Jeez, with something like 500 soundtracks under his belt, how could you not?), and I'm sure he didn't consider the possibility that someone would be listening to a big chunk of this work separately from the films as I have.

I wonder if any, or how many, Morricone scores have never been issued on vinyl or digitally? And if so, are they any good? I really like this score, and Autopsy and Veruschka, but there's no question he's mining similar ideas in all three.

I should mention that the liner notes indicate that Morricone refused the chance to score A Clockwork Orange. Can you imagine? But then, that reminds me of how Alex North composed an original score for 2001: A Space Odyssey, which Kubrick replaced but didn't tell North, even when he attended the film.

I've written before that I don't like when film directors rely too heavily on pre-existing music. I'll admit it's hard to argue with Kubrick's use of music in 2001. But what of The Shining? Was it really necessary there? Hearing "Koyaanisqatsi" in the middle of Watchmen was entirely too easy to set a particular mood. Scorsese does this sometimes (Taxi Driver beings a notable and excellent exception) and Tarantino is among the worst offenders in this case. And wouldn't you know, the one original score to a film by Tarrantino is by Morricone, he himself borrowing ideas from The Thing and Exorcist II.

I'd like to see Morricone's "The Ecstasy of Gold" permanently retired from all future films and especially commercials. 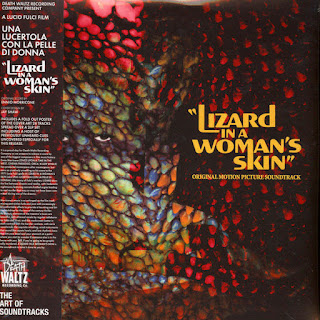