Bruno Nicolai's name came up on two of my Morricone albums, and I'd noticed it before then, for conducting credits. I realized I had a Nicolai soundtrack in my collection, so I thought I'd give it a spin instead of Morricone today. I know I've listened to this before but couldn't recall the music specifically.

The Night Evelyn Came Out of the Grave is without doubt one of my favorite film titles. How can you not want to see that? The American promotional poster is no less enticing. A woman dressed in a negligee, with a skull for a head (with full hair) holding up a man's decapitated head. Hell yeah!

Unlike the films for the Morricone soundtracks I've been describing, I have seen this one start to finish. It's not terribly memorable, just okay but not as great as either the title or the soundtrack. As trash producer David F. Friedman would say, "Sell the sizzle, not the steak." That title and poster is definitely the sizzle.

If this was Morricone, I'd expect the opening title them to be one of those Serge Gainsbourg-like lounge/pop tunes. It's not. We have to wait until the second cut for that to happen.

There are so many Morricone-like touches, to the orchestration alone. Harp run through delay. Sopranino recorder. Swinging/grooving bass and drums rhythm section with atonal strings. Even an occasional post-60s rock-n-roll instrumental. I was thinking it's probably a lot of the same studio musicians, and wouldn't you know it, Edda Dell'Orso does vocals on this. For all I know, this could have been recorded in the same sessions as The Black Belly of the Tarantula (see my previous post).

I work under the assumption that Morricone was the leader, the innovator, and Nicolai followed in Ennio's footsteps. Truth is, I don't really know. I can speculate that film directors and producers wanted scores that sounded a certain way. I have a general sense from comparing this to Black Belly that Morricone was possibly more open to improvisation in his soundtrack scores of this time. He was an improvisor in addition to being a composer, on trumpet. He was a member of Gruppo di Improvvisazione Nuovo Consonanzo, founded by composer Franco Evangelisti. I'd love to track down a copy of their album on Cramps Records. Il Gruppo found its way onto a few soundtracks too.

And what of influence? Would Strayhorn would have been the Strayhorn we know without Ellington? Probably not, but that doesn't mean Strayhorn wasn't a great and original artist in his own right.

I like this record, but it suffers from the same fatigue as other soundtrack albums I've listened to. A single LP would have been tight, a great read on the score, but it wouldn't be complete. 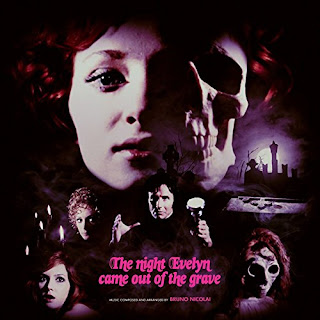 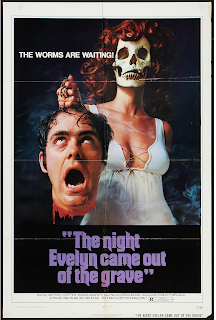